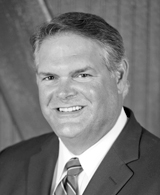 Bill Stanley attended Arkansas State University, where he lettered in football for four years. He received his B.S. in Accounting in 1989 and his Juris Doctorate from the University of Arkansas School of Law in 1991.

Bill has achieved distinction as one of the state's top criminal defense and personal injury lawyers. Bill has been counsel in multiple cases where settlements exceeded one million dollars ($1,000,000.00) and has received recognition from Best Lawyers in America in Criminal Defense. He has also recently been recognized by Lawyers of Distinction for Personal Injury Law.

Bill works with several different legal associations and served on the Board of Governors for the Arkansas Trial Lawyers Association from 1996 to 2014. In the community, Bill is active in the ASU Letterman's Club and serves on the board of the Red Wolf Foundation. 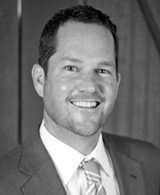 Jared attended Arkansas State University and lettered in golf for four years. He received his B.S. in Marketing Management in 2001 and his Juris Doctorate from the University of Arkansas School of Law in 2004.

He is licensed to practice in Arkansas and Kentucky and United States District Court for the Eastern and Western Districts of Arkansas. Jared has helped injured persons and their families through numerous settlements and trial verdicts, including several individual settlements exceeding one million dollars ($1,000,000). Jared is a 2009 graduate of the International Association of Defense Counsel Trial Academy at Stanford University and has been practicing in Jonesboro since 2004.

Jared is active in the legal community as a member of several legal associations. He is the pro bono counsel for the NEA Humane Society and an Arkansas Volunteer Lawyer for the Elderly. He's been selected for inclusion in Super Lawyers – Rising Stars since 2014 and is a member of The National Trial Lawyers: Top 100.

In the community, Jared is a board member for the United Way of Northeast Arkansas and the Arkansas State Intercollegiate Tournament. He also serves on the advisory committee for the City of Jonesboro Parks and Recreation Department. Jared is the former president of the Downtown Jonesboro Association.

He and his wife Lindsey have one son, Brown McAlister Woodard and one daughter, Bentley Elizabeth Woodard.